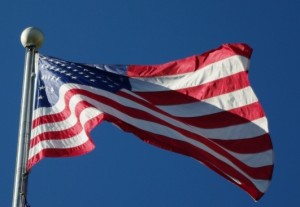 The new immigration bill which is an 800 page bill made by gang of eight (GOE) of US  will not only affect Indian companies but also US companies. The US senate has passed a comprehensive immigration bill which has provided a path way to 11million illegal immigrants, including 240,000 Indians.  But killer provisions were retained when it came to H-1, L-1B visas which will badly hit Indian companies in the US. Out of the two immigration bills –The Senate Bill and The House bill, The Senate Bill had the adverse clauses which damaged the IT companies.  As Indians are about 0.6% of the US population which isn’t less in number.

The new immigration bill formed in US has both good as well as bad news for India. The most adverse clause in the bill is the cap on H-1B visa. Thus Indian companies can no longer give unlimited placement on site nor can they apply for more visas for their employees. So, the placement in US for projects will decrease. However, a major setback for Indians will be that 50% of the workforce has to be local.  US will charge $ 5000 to each person placed above 30% and $10,000 to each person placed above 50%. This means that the Indian companies that are being set abroad have to hire American’s or the NRI’s who have citizenship of US or a green card. For students it is a big sigh of relief that their F-1 visas are untouched and can spend a year when they will work for American companies.

Recently, (Nasscom) National Association of Software and Services Companies  informed that the clauses that are very adverse to the IT sector in the immigration bill has been removed by the US government which is a sigh of relief for  the Indian companies. The president said Indians those are working in the U.S. have contributed more than the  US$15 billion in taxes and social security in the last five years.  The Bill proposes to increase the number of H-1B visas to 155,000 from the present status of 65,000. The Bill that was proposed originally by the bipartisan group of senators proposed to raise the visa cap to 110,000 to go as high as 180,000 depending on the economic condition. The Republican-controlled House of Representatives in the US are trying to formulate a new version of the Immigration bill which will help the IT companies