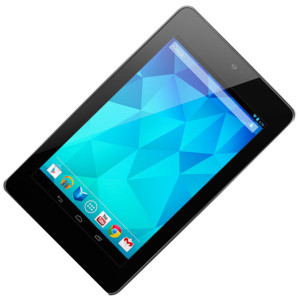 Google is the most famous website we all know. Nowadays it is working on the next generation Nexus 7 tablet that is being expected to be unveiled soon. The Nexus 7 is a tablet computer developed by Google in partnership with Asus. The new Google nexus 7 has the following features:-

The Nexus 7 offers a “pure Android” experience. Nexus devices are considered the “flagship” Android devices and are the first to receive updates to the operating system. As such, the Nexus 7 was the first device who has shipped with Android version 4.1 (“Jelly Bean”). Jelly Bean is an incremental upgrade from version 4.0 (“Ice Cream Sandwich”).

The Nexus 7 comes with the applications which by default, includes Gmail, YouTube, Maps, Calendar, Google+, Google Wallet. The Nexus 7 is made intentionally to take advantage of the different media available in the application store, includes e-books, movies, magazines, music, games and television programs. The Nexus 7 was revealed on June 27, 2012, at annual conference at MOs cone Center in San Francisco. In partnership with an accelerometer and gyroscope, the GPU enables graphically demanding gameplay. The Tegra 3 processor, features “Variable Symmetric Multiprocessing” that uses a fifth “stealth” core designed to take over the periods of low processor demand, helping to preserve battery life.  The rear of the Nexus 7 has a dimpled plastic surface with a rubbery, leathery texture to help users to grip and hold the device. Its cost is $199. Its IPS display enables a wide viewing angle (178°) without color distortion, and enhances color reproduction. The LCD panel uses a “one-glass” solution and a non-traditional lamination technique. Tablet touchscreens typically comprise four pieces of glass—two that sandwich the liquid crystal, a touch sensor glass, and a protective glass whereas the Asus TruVivid design fuses the protective and sensor glass, with the sensor attached as a film. The conventional lamination technique for touchscreens involves air bonding, in which the glass layers are glued around the edges, leaving air in between; Asus used a “full lamination” technique, in which the glass layers are fused by adhesive with no air between. This yielded thinner display panels, but made production more difficult, as there was less tolerance for imprecision without affecting the quality of the screen. The tablet’s display is protected by a layer of Corning Fit Glass. The design saw the implementation of two microphones to ensure the user’s hand placement on the device would not muffle sound during videoconferencing, while the headphone jack was moved to the bottom of the device, preventing the headphone wire from draping across the screen.

In 2012, the Nexus 7 won “Gadget of the Year” award, beating Apple’s iPhone 4S, Sony’s PlayStation Vita, On Live and many more. It also won “Tablet of the Year” in the same awards ceremony, beating Apple’s new iPad, Sony’s Tablet S, Samsung’s Galaxy Tab 8.9, and others. CNET named the Nexus 7 the third-best tech product and the fourth-most influential tech product of 2012. At the presentation of the Global Mobile Awards at the 2013 GSMA Mobile World Congress, the Nexus 7 received the award for “Best Mobile.