Despite many efforts taken for improving the environment around us, nothing has been improved. Nevertheless, 2016 has been declared as the most hottest year. Along with this follows the slow destruction of biodiversity. A cycle follows from just one small problem- rise in CO2. Just imagine one tiny error gives a chain of unending problems in the form a long chain that gives rise to a new type problem everyday. Let us see some of the root problems formed from the rise of CO2 or in other words, we can say global warming. We can categorize its effects on the basic three elements on this planet:

99% land pollution is done by deforestation. The main root cause of deforestation is the growing population, developing lifestyles due to which more and more houses are built resembling to that of palaces occupying large space and land, thus leading to creating of more and more space on land by cutting more and more tress. Apart from building more more homes ,technical farms, global organisations, factories ,etc all are expanding at a tremendous rates. Everyday nearly a thousand of new firms are opened up related to either technical or business or plant related.

There was a maintained ratio between urbanized land and farming areas. This ratio has become uneven with the urbanized land taking up more and more area of the farming land. Now looking upon the effects of ever growing urbanization the soil is the basic element that is affected the most. This is what we are quite familiar with the phenomenon know as soil erosion. Hence the soil loses its fertility , its chemical properties everything changes. The  alarming effect is soil slowly loses its ability to give life to new plants; which ultimately disturbs the core balance of O2-CO2. 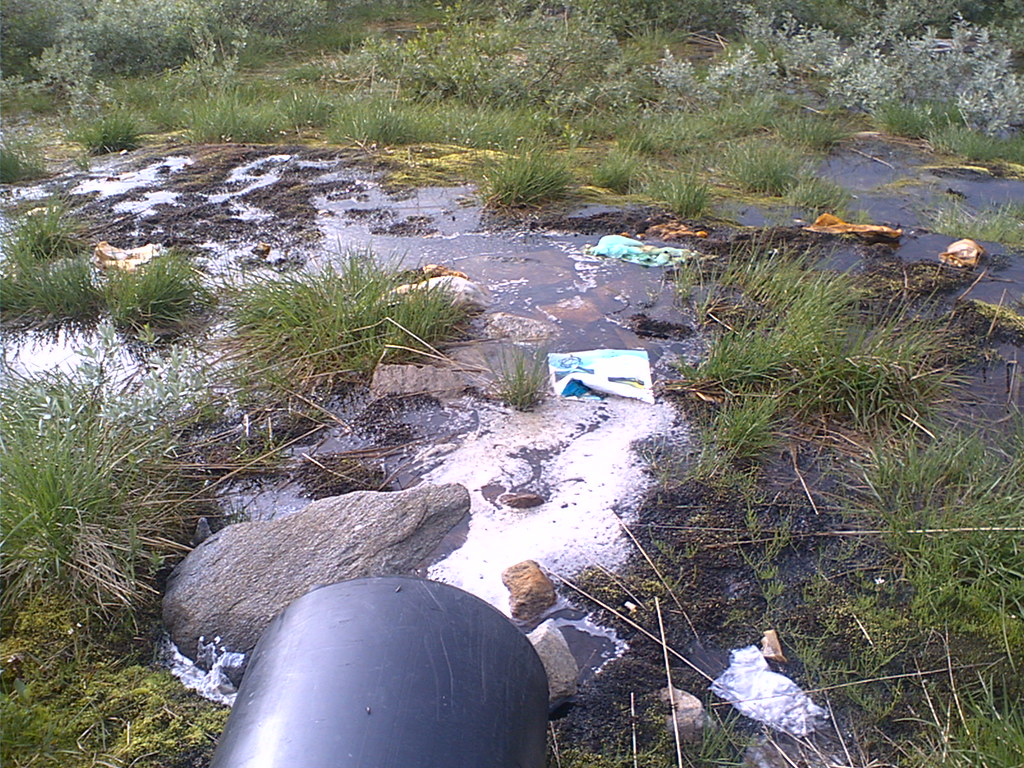 Water pollution is mainly done by the discharge of many toxic undegredable wastes from factories ,refineries ,plants etc. This isn’t done in small amount as we think seeing just a image like this as it appears to  us. Just imagine this much amount of toxic released by each and every plant or industry set up around the globe.May be they are covering one-fourth of watermass with these toxic wastes.

As a result , the most basic effects are the chemical composition of water which gets unproportioned giving rise to pathogens .As we all know that pathogens are the main element polluting the not only the water we use but also every tiny aquatic creature. even the beautiful purifying coral reefs are getting worsened. They are losing to produce calcium that gives a hue of colors to various shells.Nevertheless, polluted water has given rise to various dreadly diseases most of which are uncurable yet as the scientists explain. Day by day this pollution is giving life to a new but deadly virus and bacteria which somehow are the cause of these uncurable diseases.

The root cause of pollution starts from air pollution only. CO2 is taking place the abundance of every element present if  air ,that too at a faster pace. Apart from land pollution that contributes to rise of CO2 in atmosphere ,the chimneys in refineries ,plants etc too contribute to this rise by diffusing large amount of toxic gases into the atmosphere.Apart from these 99% air pollution is done by the automobiles diffusing large amounts of NO2, SO2 into the atmosphere.

All these contribute to dreadly air borne diseases like asthma, lung infection and lots more. Air pollution gives rise to a cycle of problems like starting from the melting of polar ice caps. Every successive year starting from 1% to 2% and it goes on increasing in computing the melting of the glaciers. This results in growing rate of water level than that of the landmass. This rising is somewhat like changing the whole behaviour of seasons along with the winds. Which is ultimately giving rise to many frequently happening dreadly hurricanes ,tornadoes ,unseasonal rainfalls etc. As we have studied in our early childhood about the basic water cycle; this cycle is becoming way too dangerous distributing pollution to every body (land,water and air) more and more as of now.

As we know the water cycle starts from the heating up of landmass which is always present in the form of global warming.While this heat adds up to the polluted air (already being polluted by harmful gases).Hence the total vapour after being converted to rain droplets makes not only the water bodies acidic but also the soil too. The chemical balance which is essential for a healthy ecosystem gets fully disturbed leading to extinction of living organisms both of land and of aquatic too.There is like an unending list of endangered species which are becoming extinct mostly because of losing their natural habitats.

The chain of pollution can only be stopped if we try to cut off at the root level. From all parts of the world,people must take efforts and should practice it.