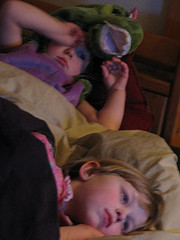 Lack of sleep makes people crave for junk food rather than healthy food. People who don’t have good night sleep are more prone to junk foods. Due to the high level brain regions which are for complex judgements and decisions became blunted while primal brain structures that control desire and motivation are amplified. And they favored more for unhealthy high calorie snacks and junk foods. This combination of altered brain activity and decision-making may make it clear that why people who sleep less also the cause of getting overweight. So enough sleep is one factor that can help control weight by priming the brain mechanisms governing appropriate food choices.
Effects of sleep deprivation on our health  are:-

Weakens immune system– lack of night’s sleep can increase contracting illnesses such as a cold or flu, weaken the immune system as it makes it tough for our body to fight off bacteria and viruses. It also makes hard for our body to produce a fever as it is the body’s natural response towards foreign invaders and is the way to fight off the infection.
Impaired memory and brain function- A lack of sleep can impair memory as during the REM cycle of sleep; our brain organizes and consolidates memories. So if you don’t take enough sleep, then it can affect our ability to remember.

Makes life poor- Persons who take less sleep at night are always lazy, get tired very soon and especially their moods fluctuate which strain relationships. Staying inside the house all the time can cabin fever and a lack of socialization can have a negative impact on mental health which will later lead to depression. This is common in people who suffer from sleep deprivation.

Leads to obesity- Persons those who take less than seven hours of sleep have difficulty in processing the protein leptin, which regulates the appetite and metabolism. When metabolism slows down then food cravings increase, and makes it easy to gain weight and also can cause type 2 diabetes.
Decrease alertness– lack of sleep at night leads to sleepy behavior at daytime, mind feels foggy. This feeling makes us less alert which can lead to a decrease in performance at work or school.

From this we all can sense the relationship between sleep and our ability to function throughout the day. Everyone must have experienced the fatigue, bad mood, that so often follow a night of poor sleep. Not getting enough sleep can have profound consequences on a daily and potentially long-term basis for your health and mental well-being. Even the habitually of sleeping more than nine hours is also associated with poor health