It has always been a part of our life’s voyage to encounter different challenges. There’s a famous saying:”Shoot for the moon;even if a person misses, he will land among the stars “.In reality every one of us dream high,but not every one achieves it.Why? the answer to this question that makes the difference is not every one is ready enough to face the hurdles that life makes us to face.Each of us try for sure ,but either quit in the middle or at the very beginning of the paths to achieve high.The courage to face every challenge ,the patience of never stopping trying again,the dedication somehow fades away when all hopes are lost.But among us there are some people who started their struggles for their own ambitions,just from where we started and hence never lost hope ,therefore never stopped trying.And showed us that dreaming high is not unreal at all ,we can make it real if we never stopped trying again and again with the same dedication.So,friends in this article I would like to share with you the life-history of the great person really is an inspiring hero for all of us. 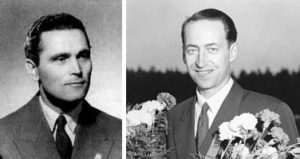 Kerely Karoly Takacs, the world famous shooter was the first among the physically challenged to win the Olympics consecutively for two times.He achieved his goal at the very end of his career.He became not only the best shooter but also a good trainer, a loyal sergeant in the army who fought for his country.Trust me friends,you would be statued for a while you figure out his voyage of success through this article.

Karoly a hungarian ,was born in the year 1921,in its capital Budapest.He joined the national army and was a sergeant in the military.His hidden talent was that he was an excellent shooter.Bring forth his hidden talent ,he won the Hungarian pistol shooting championship held in spring in 1939.He also won the UIT World Shooting Championship along with his hungarian team members.After gaining the title of national hero ,he longed for the Olympics ,but could not get through the first summer Olympics ,in 1936 due to its rules.The rule was that only high-rank officers were allowed to compete in the international Olympic games.To his luck, the rule was withdrawn in the next Olympics that was to be hosted by Tokyo.And he fully prepared himself for the Olympics.

While the preparations were at its peak, to his dismay the Tokyo Olympics were cancelled due to the World War II.Nevertheless, another most shocking event that added to his struggle was the major explosion during the World War in which this loyal sergeant had his right hand severly fractured.Born right-handed Takacs, who trained his right hand for almost his entire youth to be the best was set aback by this fatal accident.Had this been in any other sportspersons life ,obviously he/she would take retirement after being lost all hope. 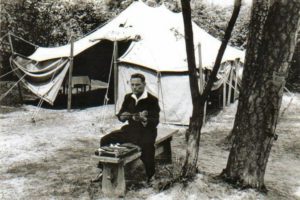 Now comes up the curious question:  what did Karol Takacs do after this accident?.The shocking answer is he started training his left hand. Yes, u read it right. He started making his left hand as his shooting arm.He wasn’t bothered by the time it would take to train. Being an excellent shooter ,he must have surely trained his right hand for years or more.But training left hand right in the middle is similar like training a baby to walk or stand .Nevertheless, he never lost hope and started preparing for the 1948 summer Olympics to be held in London. 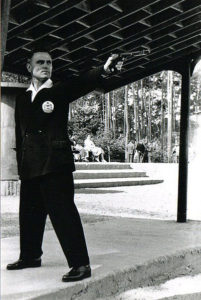 The Rewards Of Real Life Struggle

Then came the golden period in Karoly’s life.Each one of the participants at the Olympics were astonished to see the grand come back of the hunagarian favourite. The other young participants even asked for his surprise come back after the tragedy.His back answer left all of startled -“I’m here to learn, to set a world record“.He was the only one participating at the age of 38, but nevertheless focused in the game and won gold medal. He didn’t stop here but won another gold medal in the same event in 1952 summer Olympics in Helsinki.His name was inducted in the “Olympics heroes” category in the international Olympics committee. 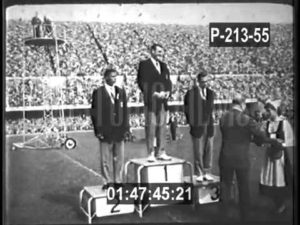 Karoly Takacs in the middle in 1952 Olympics

He further took part in 1956 summer Olympics in Melbourne and finished eighth. He even took a bronze medal in ISSF (International School of Shooting Federation) World Champion held in the year 1958.He had won in the 25 metre rapid fire event.At the national level he almost had won 35 medals.

After reitiring he took up a job of a coach and trained the famous Argentine Carlos Enrique Diaz Saenz Valiente who also became a world champion.He also trained Szilard Won who won silver at the 1952 Olympics.

The story of this common man who once lost everything, did not lose hope.He faced so many hurdles and that too one after the other .Despite he neither let his dreams shattered nor his dedication to make world record was flickered. It was his belief upon himself that led him to overcome every hurdle and to not stop trying again and again no matter what was the situation.

So friends the main reason lies here that leads us straight up to our dreams.No matter how bad the situation may be in life, one should not let lose faith upon oneself. There’s a common saying” When the going gets tough,the tough gets going“. We should move on with our minds not bound by such stressful situations which has has to go along with time sooner or later.Out of difficulties, grow miracles. So, don’t lose hope and keep trying because “The most certain way to succeed is to just try one more time” said by Thomas Edison.