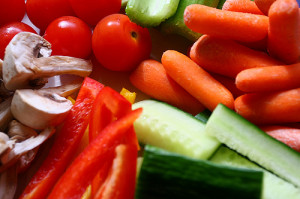 Asthma is caused due to overactive immune system. In asthma, a specific part of the immune system, that is the humoral immune  is very sensitive and deals with the response to pathogens and it may be set off by allergies. However, in some an asthma attack is triggered by other things that  irritate the airways or activate the immune system. So to overcome it we need to control asthma by eating fresh vegetables and exercising.

An asthma attack is  being brought on by the patient who is being exposed to a “trigger,” which stimulates the activities of the immune system. The common trigger is allergies, such as dust, smoke and pollens. In an asthmatic, these allergens cause a massive reaction on the immune system, which leads to inflammation of the airways. Some asthma patients can have an asthma attack when they are in response to cold air or exercise, irritation from heartburn, stress.

Factors That Increase  Asthma Risk:-
Asthma  has affected  millions of  people all over the world including children.  The cause of the respiratory condition is still a bit mysterious. For example, asthma is more common in boys than the girls and the children of urban areas . About 9% of the  population under the  age of 18 has asthma. Generally twins have more chance of developing asthma from 50% to 80% dependent on the genes, the environment in which a child lives and is grown is also very important. Exposure to dust, pets, pollution, exhaust, and secondhand smoke can increase child’s risk for asthma. The allergens and irritants  also trigger the sudden exacerbation of asthma symptoms known as an asthma attack. A campaign to encourage asthma suffers to keep fit and active was launched to mark World Asthma Day. Symptoms are like difficulty in breathing ,  coughing,wheezing  and tightness in the chest.
The best way to control asthma is by eating fresh vegetables and exercising. The study, which was held by the National Center for Global Health and Medicine, for the very first time and it  provided the option of a healthy lifestyle. A doctor, from the center’s respiratory medicine department in Tokyo also said that the patients with asthma are required to seek a healthy lifestyle. The researchers determined that the people who work out even  for an hour a week and eat at least five helpings of fresh vegetables a day controls the symptoms of the breathing disorder effectively.